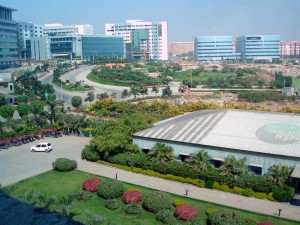 The former princely state of Hyderabad is one of the safe destinations to pick from to guarantee a good holiday. It has everything from historical sites to the modern amenities. It takes you to a trip back to the rich past of India in the comforts of modern city. This article talks about the transition of the city and why a visit to the city is a must.

The land of Biryani and Nawabs, Hyderabad is a fascinating city to explore. This ancient city of almost 400 years old is also the fifth biggest city in India. The name Hyderabad actually signifies ‘city of Hyder’ since it was named after Queen Hyder Mahal, wife of King Qutab Shah. Hyderabad was always one of the most popular holiday destinations where tourists and domestic travellers alike paid a visit to witness its grand palaces and the numerous places of historical importance. Today, Hyderabad still preserving all that has grown up to become one of the finest cities in India with major MNCs setting up shop in the city and giving Bangalore a run for its money in becoming the next IT capital of India. Bangalore Hyderabad flights are the most common flights in this city as working professionals and business owners travel to and fro the two major IT cities in India.

Hyderabad is in every way fascinating to any travelers and tourist who tread upon the city. The city has a clear distinctive division of the old and the new. Behind the multi towering corporate buildings of Hyderabad, you will find some important monuments which can be easily overlooked if not scouted properly.

The historical backdrop of this city is extremely fascinating. Past rulers of the city has justifybehind a majestic line of impeccable and flawlessly designed palaces and forts. The palaces you see in Hyderabad are grand and the best you will find anywhere in India as the Nizams in Hyderabad were well known all over the world for being on of the richest. They were the richest no doubt in the entire history of our country. The former princely state was so wealthy they even had their own currency, coins, flag and railway and even its own postal system and radio. The palaces and monuments today lay scattered all over the city in the midst of all the changes the city is city into growing to become one of the top major cities in India.

Today this current city is well known worldwide for Information Technology. Numerous MNCs and Fortune 500 organizations like Microsoft, Oracle, IBM, Google and numerous others have set up their shop in this lovely city of India. Most recent couple of years have been essential in the improvement of this city as different super undertakings have been endorsed by the Government which incorporates Rajiv Gandhi International Airport at Shamshabad, Fab City, Hardware Park, Seven Star Hotel and the rundown goes on. The airport is The beautiful historical places today are buried behind the shadows of the tall buildings of these MNCs and one has to specifically venture out to get a glimpse of these historical masterpieces.

Hyderabad has great connectivity of the three essential modes of transport – air, railways and road. Although cities like Bangalore is easily approachable by an overnight travel from a night bus, people coming into the state for business purposes normally fly the Bangalore Hyderabad flights. Railways are the most common mode of transport for the common people to reach the city and trains to Hyderabad remain busy all throughout the year. Hyderabad is a great choice for a holiday as it showcases the beautiful balance of ancient and modern India.