The capital city of Ranchi is a modern city with myriads of cultural backgrounds to explore. From Christians, Hindus, Jains, Muslims, Sikhs and several other cultural communities inhibiting the city, Ranchi is a perfect example of how a modern capital city should be. Not only its vibrant culture, but the places near Ranchi are equally fabulous to explore. Let’s take a look at some of the best cities to explore near Ranchi. 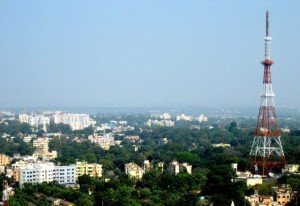 Dhanbad – Dhanbad is one of the prominent cities in the state of Jharkhand. The city’s name comprises of words ‘Dhan’ which means wealth and ‘baid’ meaning paddy field. Dhanbad is famously known as the ‘Coal Capital of India’ with several famous industries like Tata Steel, BCCL, ECL and IISCO having established their coal mines in the city. The entire Chhotanagpur plateau on which the city sits is popular for its mineral yielding grounds, and as a result of which Dhanbad is also home to other industries providing tonnes of minerals from underneath. The Dhanbad Rail Division is also a major railway junction and comes second in terms of revenue generation in the country. The city is also famous as one of the planned city in India, owing to the fact that there are several industries and companies which have established townships. Educationally, Dhanbad is home to several reputed institutions such as the Indian School of Mines. If you’re planning to visit Dhanbad, then taking the rail route is the best option, however you can also take Delhi, Chennai, Bangalore or Mumbai to Ranchi flights to reach the destination.

Rourkela – Another famous city situated near Ranchi, Rourkela is famously known as the ‘Steel City’, because of the establishment of major steel plants in the year 1955. Rourkela can be very well called an industrial city owing to the presence of steel plants. The name of the city is derived from embedding words like ‘Rour’ meaning our and ‘Kela’ or village, thus making it our village/town or Rourkela. Amongst the famous attractions the city has to show, the Hanuman Vatika garden is a famous spot with more than 75 feet tall statue of Lord Hanuman. The garden also consists of several other temples. The city also has several other parks and gardens to explore like the Indira Gandhi Park, Jubilee Park, Nehru Traffic Park, Mrig Vihar and Green Park. Rourkela is also known as the birthplace of Ved Vyas, credited with the creation of the holy epic of Mahabharatha.

Jamshedpur – Founded by the foresighted Jamshedji Nusserwanji Tata, the founding father of the famous TATA group, Jamshedpur is often counted amongst the best cities to live in and a great place to start your career in steel trade and mining. The TATA group of industries is nestled in the region and hence it was initially named as Tatanagar. It was Lord Chelmsford who finally renamed it to Jamshedpur to pay respect to the founding father in 1919. Today, Jamshedpur is known as ‘the steel city of India’ and is a main centre of industrialization in the eastern part of the country. So if you’re planning to explore the best of Ranchi tourism, don’t forget to include Jamshedpur in your travel itinerary.