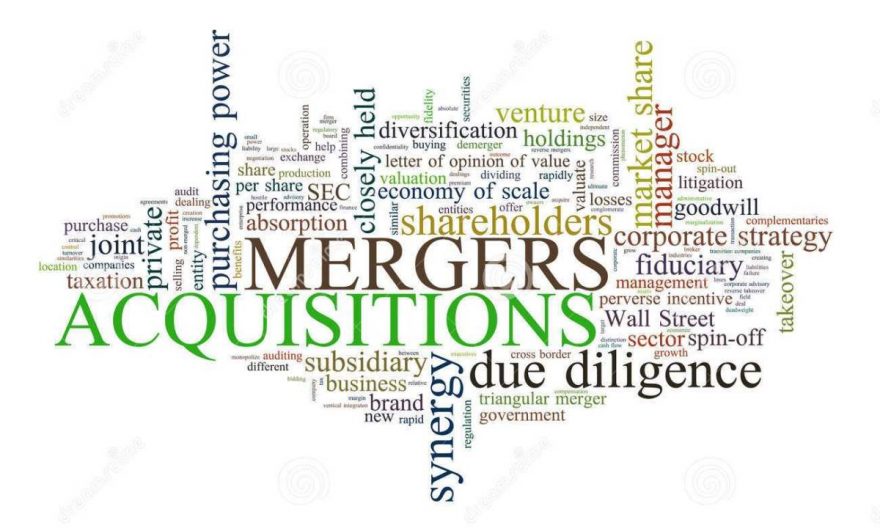 Mergers and Acquisitions are the easiest ways for companies to expand their business, whether it is to scale up their operations or to enter new markets. Mergers and acquisitions have seen an increasing trend over the last few years. In the year 2018, total M&A deals were valued at $4.1 trillion globally. The third quarter of 2019 saw the maximum deals taking place, with total value pegged at $2.5 trillion. In line with the current economic expansion, that has lasted more than general expectations, M&A upward cycle has sustained far too longer than what normally happens. The primary reason for this trend is the speed at which companies are trying to change or expand their portfolios to keep pace with the fast changing economic environment in view of the new technological developments that are taking place every day.

The current year has thrown up similar volumes so far, and the upward trajectory, according to mergers and acquisitions lawyers, should continue for the time being.

Pipelines and M&A deal closures generally show the same pattern as the broader market and the global economy trends. A larger variety of deals are being evaluated resulting in increased company pipelines. Companies are trying to reinvent business models in view of the rapidly changing economic environment due to accelerated advancement in technologies. However, with broader M&A deal options being evaluated, and valuation levels getting increasingly challenging, some experts believe there might be a slight decline in closure rates in the next 12 to 18 months.

Labour markets are tight, especially when it comes to talent in the digital landscape. With rapid advancement in technology, there is increased pressure on existing and traditional business models from the start-ups. As such, companies are eyeing M&A as the easiest and fastest way to achieve transitional proficiency. This, they believe, will augment their growth plans and give fillip to and supplement their digital strategy.

Acquiring Capabilities and Bolt-ons are the Preferred Choice

Acquisitions that enhance the capabilities and offer bolt-ons that complement the existing business, and at the same time help companies offer wider choice of products and services to customers, both existing and new, are also a major focus area of corporates looking for merger and acquisition companies in India. Also, transformative acquisitions are on their radar, though to a lesser extent. One of the glaring features of M&A field in the year 2018 was the record numbers of mega deals (valued above $10 billion). Another important aspect has been the increased level of deals that had the potential to challenge the current market leaders across different industries. Though this trend gave rise to a number of antitrust and regulatory challenges, companies, nevertheless, took up the challenge to gain the status of market leaders.

Mergers and Acquisitions to Continue Unabated in the Next 12 Months

Mergers and acquisitions trends that were witnessed in 2019 are expected to continue in the year 2020. It is believed that hostile takeover bids are likely to hog the limelight, as would be competitive bids. Private equity funds that are flushed with capital will most probably fuel fierce competition in the M&A field. Also, it is expected that there will be an increase in the numbers of cross border and cross sector deals, as companies strive to broaden or transform their portfolios in their quest to develop optionality and flexibility in their operations.

One area where there is no unanimous view among the top executives is the number of mega deals. The previous year saw record levels of mega deals, which according to some mergers and acquisitions lawyers is likely to be replicated in the current year as well. However, an almost equal number of experts believe it is quite unlikely to happen again. Predicting mega deals is a difficult proposition, so it will be interesting to watch the action on this front as the year unfolds.

Availability of high quality assets at relatively cheaper valuations as compared to other parts of the world make Europe, especially the western part, an attractive destination for acquisitions. While Europe will continue to be in focus of cross border M&A deals, the ever strengthening ties between Europe and Asia is likely to over shadow the usual Europe- North America polarization.

With uncertainties prevailing in the global market with respect to market accessibility, and regulatory regimes taking centre stage, companies are inclined towards long term opportunities. Cross border deals between Asian and European companies look more attractive in the current economic scenario. As it is, Asian companies are keen to acquire intellectual property in Europe, whereas, their European counterparts would be looking at the attractive growth potential in Asia.To conclude, the positive trend of the previous year is likely to continue this year as well, simply because of the sheer amount of capital that is available in the market. Mergers and acquisitions lawyers suggest that, both strategic and financial investors will actively play out their parts.