The gateway to God’s own country, Cochin is amazingly carries its old and unique style of livelihood. Plan a tour this winter and offer a treat to your eyes. Read the article to know more. 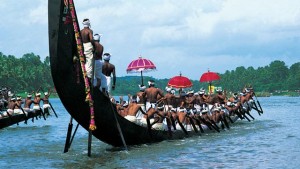 Cochin has a deep-seated history. The Dutch, the British and the Portuguese have held occupations here in the past. With the permission of the local rulers, the Portuguese built the Cochin fort. The intense diversity and the amazing scenic landscape have made Cochin famous worldwide. Cochin is situated on the South west coast of India. It is the gateway to God’s Own Country, Kerala. So, as the term suggest, the gateway city Cochin is also very beautifully painted by God. Arabian Sea on the west and Western Ghats on the east, Cochin is the commercial and industrial capital of India. Although due to commercialisation, infrastructure has transformed the city, has not left behind its old charm. It is also the most densely populated city in the state. Cochin is one of the favoured tourist destinations, and Cochin hotels are well-planned attracting tourists worldwide.

Full of backwaters and lush nature, Cochin has a moderate climate throughout the year. This port city was the favourite city of Arabs and Chinese traders. It was the busiest and an important centre of spice trading in India. Previously there was a small port, but after a natural calamity, the forces of nature created this major port by the Arabian Sea. Spices like cardamom, cinnamon. Pepper, cloves, etc  were export to other parts of the world. The then Kochi, became a busy commercial port. Now Cochin is trying to regain its past essence of commercial activity. Cochin can be reached by plane, road or trains. Trains from all the major states connect Cochin. With world class amenities Cochin airport is located 30 kms away from the city. The airport architecture is worth witnessing, plus the airport caters to the travellers according to their needs. There are nonstop and connecting Cochin to Delhi flights, which fly at different hours of the day that at in a very nominal fare. Buses, auto-rickshaw or cabs are available from the airport. Plus, Cochin metro is also under construction.

People from other parts of India, Anglo Indians and families of Jews all peacefully live together. However, the real Kochiites are an important part of South Indian culture. More cosmopolitan in attitude, they are indeed very stylish. The largest mall of India LuLu Mall exists here.  At the entrance of the Cochin port, Cochin Fort was built in 1503 A.D. by the Portuguese. The European in India built the St Francis Church in 1510 A.D. The architecture of cathedral and churches are some amazing sites of art. There are many places to visit in vicinity. St Gworge Ferona Church, Vasco house, Kumbajangi Integrated Tourism Village, David Hall, Mangalavanam are some famous tourist spots.

Cochin hotels are located in the heart of the city. The hotels are well-built and very modernistic. The traditional decorative items are used to decorate the hotels. The feeling of heritage and bygone times which one will get in these hotels is ineffable. Plus, these hotels provide the traditional Keralite cuisine. They will also surprise you with rich quality of seafood. Boat- riding along backwaters or a fun ride at Wonderla Amusement park is worth cherishing in Cochin.