Propelled by political stability and an enormous boom in globalization which has been ably complemented by young demographic dividend, India’s growth rate in the last few years has been firm, if not booming— due to some economic reforms like demonetization and GST. Just a year ago, the Asian Development Bank (ADB) revised its outlook for the South Asian nation economy with the growth rate expected at 6.2% in the fiscal year 2021.

Where on the one hand, the government has been working progressively for the diversification in the tradable sector, developing infrastructure projects & inclusiveness— to drive good economic growth, enhance investments and encourage businesses and MSMEs in the country, on the other, cost-effective & ambitious plan of action adopted by top businessmen in India has led to a huge surge in the organized employment. 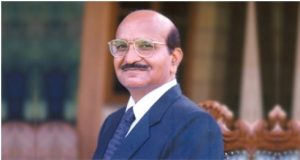